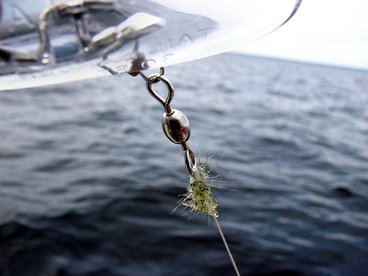 When you go out to paddle your canoe, are you helping to spread invasive species? Often when we think about aquatic invasive species (AIS), motorboaters and busy lakes near densely populated areas come to mind. And for good reason.

Research into several decades of invasion patterns show us that the majority of AIS spread throughout Minnesota lakes via motorized watercraft. They come in a bewildering array of makes and models with tons of places for AIS to hide. Motorized watercraft can be difficult to clean; and with a trailer, boaters can bring them from one lake to another in a short period of time.

On the other hand, water travel within the Boundary Waters is slower, cleaner, and simpler. It’s a method of travel that has helped maintain functioning lake ecosystems and the fantastic recreation and fishing opportunities we love about the Boundary Waters.

However, that doesn’t mean that AIS aren’t a concern in the Boundary Waters. 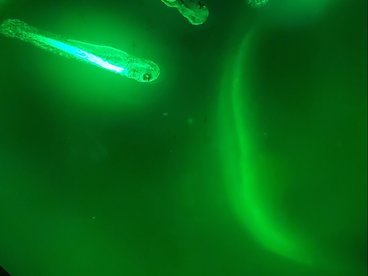 Over the last year, our research teams have worked tirelessly in the field, lab, and at their computers to generate and analyze data that is informing evidence-based decisions from the end of your dock to the State Capitol. The incremental steps are making a difference, leading to big wins, and eventually to real-world solutions to aquatic invasive species problems.

This year, we're excited to share our past year's research highlights in the form of a story map—enjoy an interactive experience, watch project videos, click straight to project pages, and see exactly where research is happening on the map. Explore all the MAISRC research highlights from 2021: 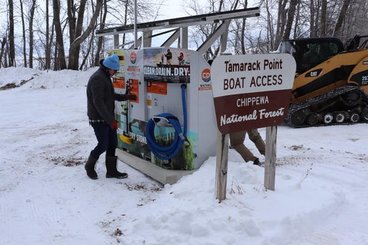 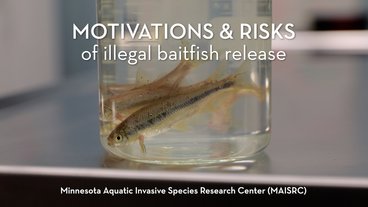 Baitfish have the potential to spread pathogens such as Viral Hemorrhagic Septicemia virus and Asian tapeworms to wild fish populations. An outbreak of any of these pathogens in Minnesota could lead to major economic, ecological, and societal consequences. Hear from MAISRC Research Fellow, Meg McEachran, on her research looking to identify and quantify the risk pathways of baitfish diseases. Learn more about the project. 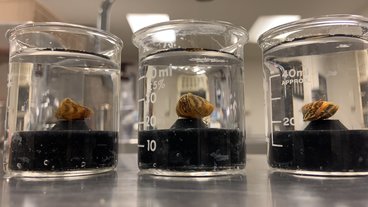 We are currently accepting research proposals! The proposals we receive over the next few months will shape the future of AIS research in Minnesota for years to come. More info > Through this competitive proposal process, MAISRC will administer an estimated $1,800,000 to fund high-priority research needs focused on new lines of research and continuation of existing projects. MAISRC conducted a thorough and systematic needs assessment in 2020 that included AIS managers, researchers, and the public, to identify and prioritize research needs that will develop science-based solutions to Minnesota’s AIS problems. This RFP is focused on 18 research priorities that were identified in this process and considered for new lines of research. For information on the proposal submission process for continuation projects, see separate RFP. 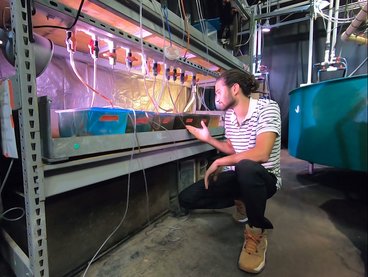 Phase III: Genetic Control of Invasive Fish Species
This project focuses on a novel method of biocontrol for common carp that will complement existing technologies by introducing a synthetic species-like barrier to reproduction. In Phase III, researchers will test implantation of immature primordial germ cells and embryonic stem cells into the gametes of sterile adult fish as a means to bypass the 12- to 18-month developmental time for juvenile carp. Researchers will also perform a formal Technology Readiness Assessment with international stakeholder research groups. Learn more about this project > 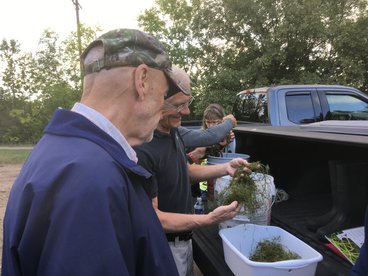 In August, the AIS Detectors Program team hosted their fifth Starry Trek across Minnesota, and it was once again a huge success for early detection and monitoring efforts. On Saturday, August 21st, 206 volunteers gathered at rendezvous sites throughout the state and searched a total of 281 public accesses on 222 water bodies for starry stonewort and other AIS. 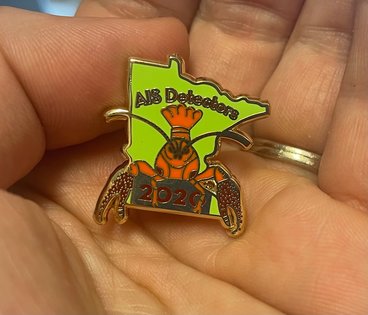 Despite 2020 being an extraordinarily unusual year, AIS Detectors volunteered a total of 2,941 hours toward the prevention and detection of aquatic invasive species across Minnesota this year.

Coming in with the highest hours was Mary Reuter, with an incredible 576 hours. Mary's dedication earned her the AIS Gold President's Volunteer Service Award from the AIS Detectors Program. 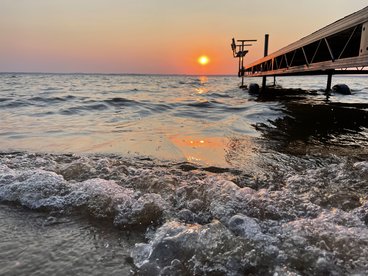 Four individuals/organizations have been announced as the first ever cohort of the Minnesota Aquatic Invasive Species Research Center’s Research Partnership Award. The award recognizes people, groups, and organizations who have gone above and beyond to contribute to MAISRC's mission of advancing aquatic invasive species knowledge and inspiring action to protect and restore Minnesota’s beloved waters. Honorees include Gabriel Jabbour, Justine Dauphinais, Minnesota Lakes and Rivers Advocates (MLRA), and Pelican Lakes Association of Crow Wing County (PLA). 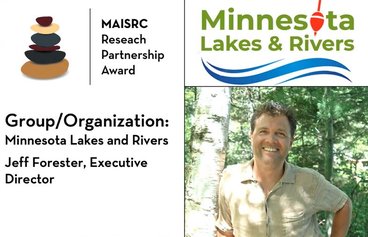 ST. PAUL, Minn. — Minnesota Lakes and Rivers Advocates, led by Executive Director Jeff Forester, has been
named one of the first ever recipients of the Minnesota Aquatic Invasive Species Research Center’s (MAISRC)
Research Partnership Award. The award recognizes people, groups, and organizations who have gone above and
beyond to contribute to MAISRC&#39;s mission of advancing aquatic invasive species knowledge and inspiring action to
protect and restore Minnesota’s beloved waters.