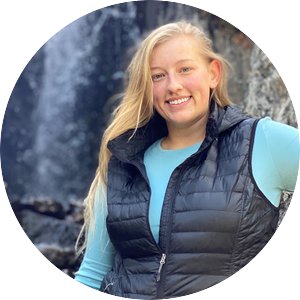 “Growing up in rural Wisconsin, I have always had a deep appreciation for the outdoors. And something that has been so cool as a professional in research and AIS is seeing the ecosystems I’ve known all my life in such a different light today because I now know all the species of fish, plants, and wildlife, what invasive species affect them,  and am so intimately connected to the protection and safeguarding of those habitats.” For Carli Wagner, a career in natural resources and research was never a question. However, what exactly that would look like evolved with her participation in a UROP (Undergraduate Research Opportunities Program) as an undergraduate at the University of Minnesota which led her to connect with MAISRC research fellow, Dan Larkin, and join MAISRC research staff. As part of her undergraduate work, Carli was involved with projects and research surrounding starry stonewort – a species that had been recently discovered in Minnesota. Her work with starry stonewort continued into a masters program and led to being directly involved with new and exciting research on the species through 2019. Of her time at the research center, Carli says: “MAISRC does a lot of engagement with state agencies, and my project funding was even funneled through a state agency. I think this really set me up for success in terms of connections and allowed me to build a quality network which indirectly led me to where I am now at the DNR.” Today, as an invasive species specialist for the Minnesota Department of Natural Resources, Carli works with 16 counties in Southern Minnesota, providing information and outreach programs for the region and working directly with lake associations and local units of government on invasive species prevention. Additionally, during the spring, summer, and fall, she is frequently out monitoring lakes and waterways and collecting data. This work has led to her involvement in several influential management initiatives, including serving as project manager on a major invasive carp project which focused on management and prevention, working with the Wisconsin DNR, US Fish and Wildlife Service, and USGS. 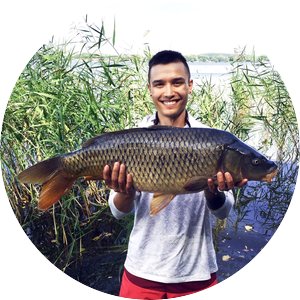 Isaiah Tolo had a less than traditional introduction to a career in the world of natural resources and research. Originally, his academic career focused primarily on the study of human populations, where he completed a masters in microbiology and population genetics with a focalization on the spread of disease. However, as someone with a passion for and interest in natural resources, following the completion of his masters program, Isaiah was searching for a method to apply his knowledge of the study of disease as it relates to human populations to that of wildlife. In 2017, Isaiah started a graduate program at the University of Minnesota where he focused his research with MAISRC on fish kills in Minnesota – events of mass mortality that don’t have a foundational cause. As part of his graduate research, Isaiah helped identify two of the first cases of white herpes virus, an OIE-listed pathogen, in carp in the state. The project then expanded into a study identifying whether white herpes virus or other viruses could be utilized to manage carp in Minnesota’s waterways. Of his time at the research center, Isaiah says: “ MAISRC was a really unique connection that put me right at the threshold of natural resource management since MAISRC was truly created out of a desire to have more connection between research at the University of Minnesota and natural resource management. It’s a project that was partnered between the University and the DNR. Because of that, as a student, it really puts you in contact with a lot of people at the DNR who are working to answer some difficult management questions. So it was definitely an incredibly important step for me in my career.” Today, Isaiah works as a Fish Health Supervisor in Fisheries and Wildlife at the DNR. As part of that position, he runs the DNR fish pathology lab which does disease testing, including testing for a diversity of hatcheries, fish that are being released into public waters, and fish that may be entering or moving around the state for a variety of reasons. Additionally, he works to maintain programs that monitor fish contaminants in the state, such as mercury contamination in fish tissues among others, the results of which are used to recommend consumption quantities. Isaiah also works as the fish health consultant for the state of Minnesota and he assists in running a fish kill surveillance program for the state. 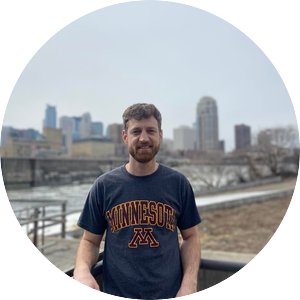 While Andy Riesgraf has always had a passion for the outdoors and the study of natural resources, a career as a researcher was not originally in the picture. He expressed: “I never planned on ending up in research, I had actually planned on working in management and being a fisheries specialist. But, I found out I really liked research and the way it allowed me to get outside while still having the opportunity to do other things as well, like writing, data analysis, etc.” Following his involvement with a UROP project at the University of Minnesota, and later an internship with the DNR that monitored bighead and silver carp, Andy found an interest in and passion for research. Through the network built at the DNR and through his internship experience and focalization on carp research, Andy connected with Peter Sorenson, a MAISRC-affiliated researcher. At the time, Sorenson was looking for a student to assist with ongoing research regarding carp movement through locks and dams. The study continued to develop and evolved into a master’s project for Andy. In 2020, following the completion of his graduate degree, he accepted a position with the Saint Anthony Falls Lab researching the effects of wake boats on lake and lakeside habitats.  Additionally, he is currently a part of a MAISRC project that is researching the utilization of multibeam sonars for the early detection of zebra mussels, a project which is developing a methodology to apply a multibeam sonar swath mapping system to generate a probability map of the likely presence/abundance of mussels on a large scale and is the first of its kind in regards to zebra mussel research. When asked about what research means to him, Andy states: “To me research is the expansion of what we already know through the discovery of knowledge we have yet to learn which leads to change or advancement in society. For example, with the development of new technologies and processes, at the end of the day you either have something that leads to change, or it leads to a new question. I believe research is the continuous process of questioning and of following where those questions lead.”

We are so excited to congratulate Nick Phelps and Amy Kinsley on their Honorable Mention in the Innovation Impact Case Award with their project: "Developing data-driven decision support tools to prevent the spread of aquatic invasive species in Minnesota."

The Stop Spiny website, videos, and campaign resources page will remain on the MAISRC website. We also worked with Wildlife Forever to ensure that you can order the printed Swedish dishcloths. To order cloths for your organization, contact: [email protected]

Our 2022 pilot program will provide local volunteers with protocols, guidance, and other support to conduct surveillance on spiny water fleas in lakes in their communities. For updates on this program, please email: [email protected]

The MAISRC Research & Management Showcase is an annual conference where we highlight our latest findings, share progress on research that is underway, and preview upcoming projects. This year, we will be hosting the Showcase online on September 21, 2022. However, we're also planning a few in-person events throughout the year to connect with communities throughout the state. Keep your eye on our emails for updates and registration details for all of our events, as they become available. Looking forward to seeing you in 2022!

Funding for MAISRC is provided by: 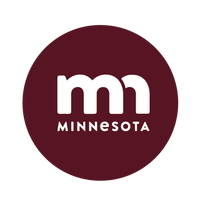 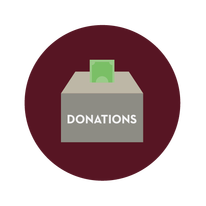