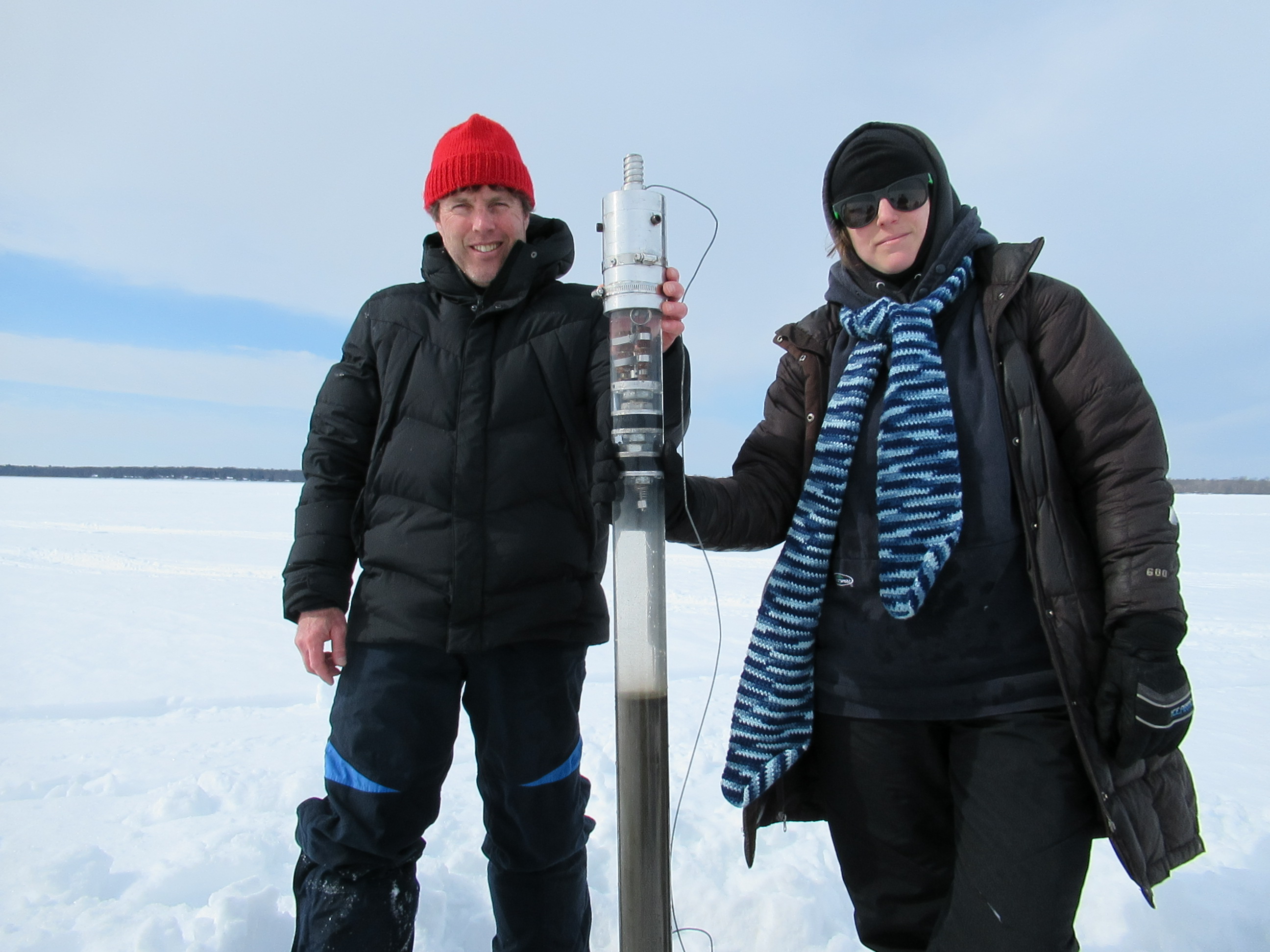 After spiny water flea was first recorded in North America in the 1980s, sediment core analysis was heralded as a method to document the timing of lake invasions with implications for understanding and managing spread and threats. This study casts concern on the method, revealing limitations to pinpoint early detection.

Preliminary results of Phase I (below) show that spiny waterflea have been present in Lake Kabetogama and Lake Mille Lacs continuously since 1970. It was previously thought that spiny waterflea arrived in North America during the late 1970s or early 1980s. The second phase of this project will advance our ability to test key cause-and-effect hypotheses about relationships between spiny waterflea invasion and the response of important ecological, economic, and recreational services provided by Minnesota lakes including zooplankton abundance, fish abundance, and water clarity. This will be accomplished through:

Spiny waterflea (Bythotrephes longimanus) represent a serious potential threat to the structure and function of food webs in Minnesota lakes, but little is known about how they change a lake’s ecology and whether time delays occur before potential changes manifest in an invaded ecosystem. In particular, how their establishment and proliferation translate into impacts on the food webs of native zooplankton, phytoplankton, and game fish remains poorly known.

Previous studies have shown that spiny waterflea first appeared in lake sediments in Island Lake Reservoir (Duluth, MN) up to eight years before its first detection in the water, suggesting that ecosystems may be invaded for several years prior to discovery. This evidence shows that in order to truly understand long-term food web impacts, scientists must first have a stronger understanding of exactly when spiny waterfleas arrived.

Therefore, this project will determine the types, magnitude, and timing of changes that occur to lakes after spiny waterfleas invade by describing and comparing long-term historical trends in key components of the food webs of two invaded lakes (Kabetogama Lake and Mille Lacs Lake) and two non-invaded, control lakes (Leech Lake and Winnibigoshish Lake).

Researchers are using dated lake-sediment cores to reconstruct long-term environmental histories. Spiny waterfleas are very well-preserved in lake sediment and can be used to study food web dynamics, when they were first present, their growth trajectories, and their early impacts on prey. The results will document the changes occurring from 1970 to present. This long period allows for the evaluation of initial detection of spiny waterflea as well as other factors such as climate change or zebra mussels that may be driving change.

Research will be conducted in partnership with staff from the Minnesota Department of Natural Resources and Voyageurs National Park to use their long-term gill-net and seining survey data to assess the type, chronology, and magnitude of fishery changes following a spiny waterflea invasion.

This research will help prioritize spiny waterflea as an issue and give managers a more clear idea about its sense of urgency, the magnitude of problem, and the lag time associated with an invasion. It will also help define threats to sport fishing, water quality, and the overall food web.