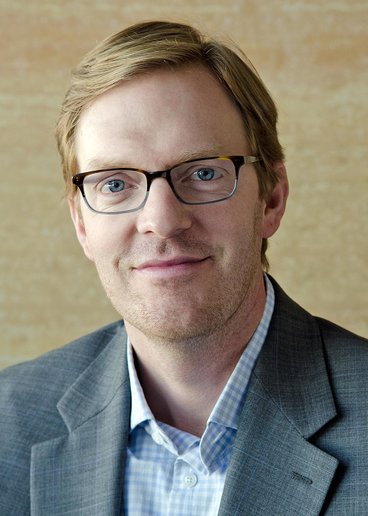 One year ago, we were contingency planning with the uncertainty of the COVID-19 pandemic ahead of us. We looked at every project, every process, every detail, and for the most part, were successful at safely delivering on our research commitments—albeit socially distant and wearing masks! At this point it sounds repetitive for me to say it, but the credit goes to our research teams and staff who continue to inspire me with their resilience and determination over the last year. In particular, a shoutout to our graduate students, some of whom have never seen their on-campus desk or colleagues in person, for their flexibility and positive attitudes. We will get back to ‘normal’ soon and the burnt popcorn in the office microwave will never smell so good!

The virtual world did not slow down the Minnesota legislature either. Over the last few months, they have debated environmental funding priorities for the FY 2022-2023 biennium. Good news! The value of a research-based approach to solving our AIS problems resonated with both parties and in both chambers. MAISRC was included in the Senate and House budgets at levels similar to the last biennium. However, an important area of disagreement remains: an increase to the AIS surcharge on watercraft registrations. The House currently includes an increase, of which $4/registration would support research, while the Senate does not. This would be an important source of stable funding for MAISRC and help us avoid the unpredictable 2-year grant cycles.

Thank you to everyone that testified, wrote letters, and called/emailed your representatives on MAISRC’s behalf – your voices were heard. BUT we are not done yet. As I write this, the legislature has just formed a conference committee to negotiate a final budget agreement. I encourage you to reach out to your representatives and the conference committee members (listed below) right now and reiterate the value of MAISRC.

Thank you all so much for everything that you do to help solve Minnesota’s AIS problems – from the state capital to the end of your dock. We are collectively making great progress, but have a long ways to go. Keep up the good work!

We are excited to announce a rapid response project in partnership with the University of Minnesota Genomics Center to conduct genetic testing on the zebra mussels that were inadvertently distributed within aquarium moss balls and sold at pet stores across the U.S. and Canada—including in Minnesota. MAISRC Director and Research Fellow, Dr. Nicholas Phelps will be leading the project.

MAISRC Director and Research Fellow, Dr. Nicholas Phelps is managing the rapid response project. “We are sequencing the genetic markers from the moss ball zebra mussels to determine their origins and to build a database that can be used for future comparisons. That way, if any new lakes become infested with zebra mussels in Minnesota over the next few years, we may be able to genetically link those populations,” explained Phelps. “Was the new lake infested from a neighboring infested lake, or was it from the release of these moss ball zebra mussels? By conducting this genetic testing now, we’ll be able to know.”

In March 2021, the United States Geological Survey was alerted that zebra mussels were being sold attached to and inside aquarium moss balls. Within the month, over 25 states, including Minnesota, reported moss balls containing zebra mussels. The United States Fish and Wildlife Service released guidance for aquarium owners to decontaminate their tanks, but the unknown amount spread of an incredibly destructive invasive species across the country continues to be a significant concern.

MAISRC and the UMGC have requested moss ball zebra mussel specimens for testing from invasive species collaboratives and government agencies across the U.S. and Canada. The specimens arrive preserved in alcohol or frozen to avoid any unintentional release and spread. The first shipment of moss balls arrived at the lab in mid-April 2021.

“We anticipate samples to continue arriving over the next few weeks. From there, the testing itself will be pretty straight forward,” explained Phelps. “MAISRC researchers have worked with the UMGC to conduct similar genetic analyses on many of the established populations of zebra mussels in Minnesota already. This research has helped us understand spread patterns—we can trace patterns of zebra mussel spread through lakes similar to how people can trace their own family trees.”

If you believe you purchased a moss ball containing zebra mussels, contact your local MnDNR office for instructions.

Knowing the genetic make-up of an infestation can provide useful insights into the distribution of a species, its relationships to other populations in an area, and can help researchers track differences in impacts or response to management by different genotypes. In lab studies and in actual management scenarios, the response to herbicides commonly used to treat invasive milfoil varies by hybrid genotype. If you are planning a treatment of known or suspected hybrid milfoil, genotyping samples from the infestation will help inform your management and support on-going research.

Building community around AIS monitoring and response efforts has been a key component of the AIS Detectors program, starting when new Detectors cohorts form and continuing through community events like Starry Trek. Having a space to share ideas and learn from each other has helped Detectors become better stewards of our lakes and rivers. However, our community building opportunities were disrupted by the COVID-19 pandemic, so the AIS Detectors team set out to create new networking events that could help connect people around topics related to AIS issues.

Since the Detector Connector launched in January 2021, each gathering has drawn over 30 participants and featured great conversations and knowledge exchange. Each month, AIS Detectors volunteers ask each other questions, share their ideas, discuss successes and challenges of their work, and interact with AIS Detectors staff. We’ve also had MAISRC researchers join in on the fun! Participants have consistently indicated that they want to connect with people they have met during Detector Connectors to continue the discussion.