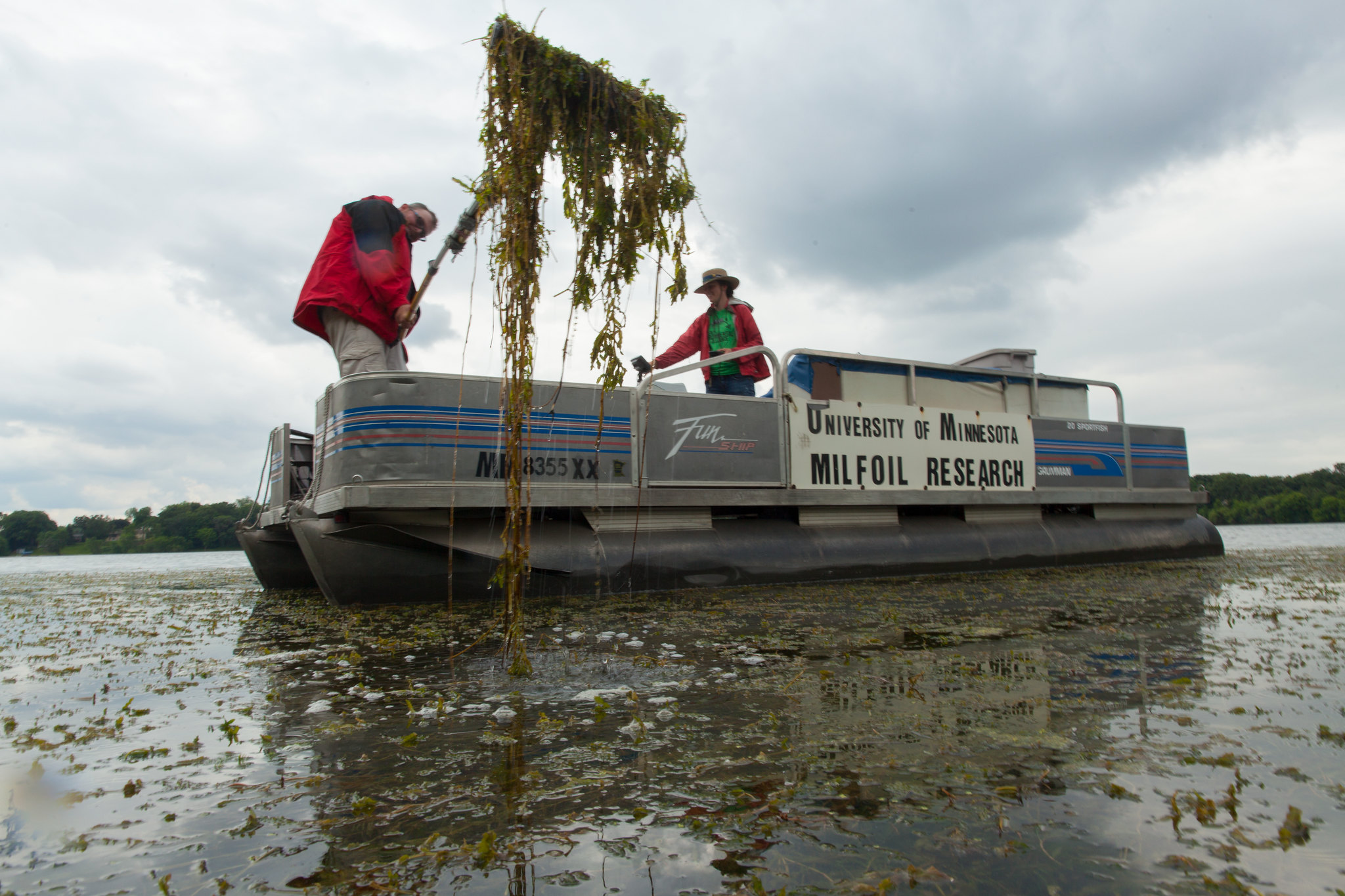 The first phase of this project identified what taxa of milfoil are present where in Minnesota. In order to better manage invasive milfoil we need to know the distribution of hybrid genotypes, understand factors that promote occurrence and development of hybrids, and identify specific hybrids that may need special management attention (e.g., herbicide tolerance). This phase of the study will use the understanding of genetic distribution within and among lakes and differences in response to management gained from the first phase to further identify problematic genotypes and develop a catalog of genotypes to improve management. Specifically, this project will:

By building a “catalog” of genotypes (distinguished by molecular markers) present, and for a subset identifying their herbicide response properties, we will begin to identify problematic genotypes requiring targeted management in Minnesota. Over the long term, this project is part of a research program aimed at identifying the genetic basis of plant traits that are important to management outcomes. The ultimate goal is to have genetic/genomic predictors of important plant traits that can be used in developing and supporting management plans.

In partnership with Montana State University, this project will quantify the genetic diversity of Eurasian, hybrid, and northern watermilfoil in sixty Minnesota lakes and will help answer questions such as:

The collected watermilfoil samples will first be genetically identified as Eurasian, northern, or hybrid. Later, the hybrid samples will be genotyped using molecular genetic techniques to determine whether specific genotypes are widespread or have restricted distribution, related to management activities or environmental factors, or if they’re hybridizing within lakes.

Understanding the patterns of invasion as well as genetic diversity of this plant to help lake managers develop and refine management strategies.

Researchers assessed genetic variation (diversity) and distribution of specific genotypes and began an assessment of the response of watermilfoil and genotypes to management with herbicides. They sampled 64 lakes across the state stratified by county, size, and duration of infestation and collected milfoil from random points. The DNA from the milfoil samples was analyzed to determine taxon (Eurasian, northern or hybrid) and specific genotypes.

Eurasian was found in 43 lakes, hybrid in 28 lakes, and northern in 23 lakes. Hybrid was much more common in the Twin Cities metro area, whereas Eurasian was broadly distributed. Northern watermilfoil was the most diverse with 84 genotypes, none shared across lakes. In contrast, they found one widespread genotype of Eurasian and six others found in individual lakes. Hybrid was intermediate in diversity with 53 genotypes; most lakes had only 1 unique genotype but 40% had multiple hybrid genotypes.  Several genotypes were found in multiple lakes indicating clonal spread. The high diversity of hybrid watermilfoil indicates there is much potential for selection of problematic genotypes that are resistant to herbicides or that are competitively superior. There are numerous hybrid genotypes that could become problematic, but few have been widely distributed. Researchers have not yet identified any clearly problematic genotypes in Minnesota but lakes with unexplained treatment failures, and populations with high diversity, this should be assessed. A strategy to identify and test problematic genotypes will be addressed in Phase II of this project (above).