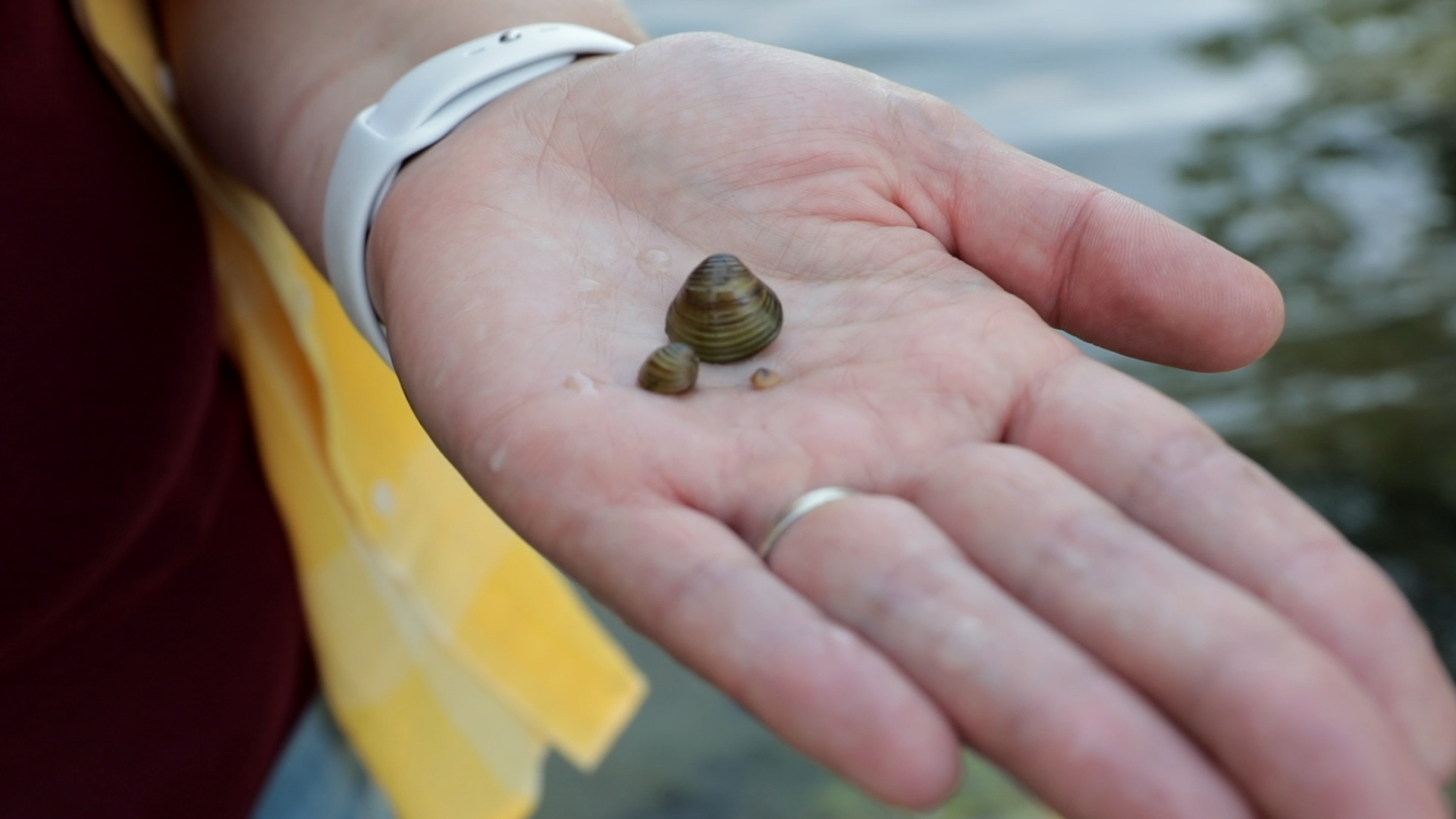 Previous climate modeling has suggested that Minnesota is outside the potential range for Corbicula fluminea in areas without the presence of an artificial thermal refuge. This project challenges that by documenting not only overwinter survival of the species but also apparent reproduction in an inland Minnesota lake with no thermal refuge.

Current known populations of Corbicula fluminea in Minnesota are typically limited to riverine systems where there is thermal discharge from power plant cooling systems or other thermal discharge. The literature and climate modeling suggests that the climate in Minnesota is not suitable for the survival of C. fluminea populations, though the southern part of the state may be suitable under some climate predictions. Specimens of the invasive clam, C. fluminea, were discovered in Briggs Lake (Sherburne County) during Starry Trek, a statewide volunteer search for aquatic invasive species. This was the first time live individuals have been found in an inland Minnesota lake and indicates a need for further evaluation to better understand if overwinter survival is happening outside of areas with thermal discharges in Minnesota.

Researchers plan to survey Briggs Lake for C. fluminea on a monthly basis over the winter months to evaluate overwinter survival of the population present in the lake and engage volunteers/community members in the data collection process. They will continue to survey through the following summer to monitor for potential range expansion and reproduction in Briggs Lake.

Over the winter of 2020 into 2021, researchers completed a total of six visits to Briggs Lake. These trips have included one initial scouting visit, four trips conducting ice sampling, and one trip conducting open water sampling. During the scouting trip the team decided to limit winter sampling to the area around the boat access as that is where they most consistently found Corbicula fluminea in order to better evaluate over winter survival. They also learned during our scouting trip that the planned sampling equipment, an Ekman dredge was not a suitable sampling device because rocks tended to jam the dredge and prevent it from fulling closing during sampling. Water depths tended to be very shallow where they were finding Corbicula fluminea and so they adjusted our sampling methods to use a D-net to scoop sediment (similar to using a shovel) in our sampling instead.

They found 162 individuals across five sampling visits of those 162 individuals, 102 were alive at the time of sampling. Researchers recorded the size of all individual clams as well as water quality conditions at each of the sampling sites. Clams ranged in size from just under 4 mm to just over 24 mm, likely indicating multiple generations of Corbicula fluminea are present in the lake. During all four of the ice sampling events, live Corbicula fluminea were found in areas where the water temperature (taken at the water-sediment interface) was below a commonly reported lower lethal temperature limit for the species.

In addition to the work on Briggs Lake, researchers responded to the discovery of live Corbicula found during Starry Trek 2021 in Big Lake (also in Sherburne County). While empty shells have been found at this location since 2019, searches failed to recover live clams. The team visited Big Lake in September 2021 and recovered 15 live clams from the public boat launch and swimming beach areas and observed hundreds of empty shells, providing further evidence of likely overwinter survival and reproduction in Central Minnesota.

These results provide an important piece to the puzzle in regards to the potential range of Corbicula fluminea in northern climates and the potential evolution of cold tolerance in the species. Researchers suggest further work is warranted to understand the cold tolerance of this species and to create updated potential range maps for this species to assist in prevention planning and regulatory decision-making.

Funded by: MAISRC Rapid Response Fund and the University of Minnesota