Common carp are one of the world’s most widely introduced and invasive species of fish. Currently, they dominate the fish biomass of many shallow lakes, rivers, and wetlands in North America and around the world, including many lakes in central and southern Minnesota. Carp degrade water quality and destroy waterfowl habitat by rooting in the lake bottom while searching for food. More about common carp.

Research has shown that carp can be selectively attracted with food to form large foraging aggregations that can be removed with specialized nets with high precision.

This project seeks to develop a system to remove large numbers of invasive common carp during their spawning and seasonal migrations at existing barrier sites in streams in Minnesota.

This project focuses on a novel method of biocontrol for common carp which will complement existing technologies by introducing a synthetic species-like barrier to reproduction.

Exploring whether native pathogens can be used to control AIS

This project is working to identify and evaluate a safe and effective pathogenic biocontrol agent for carp.

Common carp are one of the world’s most widely introduced and invasive species of fish. Currently, they dominate the fish biomass of many shallow lakes, rivers, and wetlands in North America and around the world, including many lakes in central and southern Minnesota. Carp degrade water quality and destroy waterfowl habitat by rooting in the lake bottom while searching for food.

Common carp mature at the length of ~ 30 cm when they are 2-3 years old. Females can carry up to 3 million eggs. Once mature, adults of both sexes migrate into shallow wetlands to spawn in the spring. Once released by females, the eggs are immediately fertilized and stick to submerged vegetation. The eggs develop and hatch within a week. Each female can produce several hundreds of yearlings and carp can quickly become superabundant. However, this occurs only in habitats that lack native predators, such as marshes that winterkill (when fish die in winter due to a lack of oxygen). In most lakes in Minnesota, young carp survive poorly because abundant panfish populations can decimate carp eggs and larvae. Marshes that winterkill are key nursery habitats for carp in Minnesota.

In addition to panfish controlling carp eggs and larvae, there are two other factors in carp’s life cycle that can be targeted for control. The first is that adult carp aggregate together (shoal) under the ice, during which time they can be located using telemetry and removed with seine nets. The second is their migrations from lakes to marshes to spawn, which can be blocked or targeted for removal.

Common carp degrade water quality and destroy habitat for waterfowl, fish and amphibians. They are voracious feeders that forage primarily on plant seeds and insect larvae that live in lake sediments. While searching for food, carp burrow into lake sediments and in the process they uproot aquatic vegetation, increasing water turbidity and releasing large quantities of sediment-bound nutrients, which stimulate algal blooms. It is estimated that over 70% of lakes in southern Minnesota have lost their plant cover and suffer from excessive algal blooms due to carp’s foraging activity. Tens of thousands of hectares of waterfowl habitat have been devastated by common carp.

Common carp have large populations in North America, Australia, and New Zealand. They are native to Eastern Europe and Asia. Currently, common carp are established in 48 states in the U.S.

In Minnesota, they have become superabundant in some lakes, primarily in central and southern Minnesota, but have not become established in others – for example the Boundary Waters.  Research at the Minnesota Aquatic Invasive Species Research Center has established that two simple ecological filters – lake productivity and abundance of bluegills – control the success of carp.

Carp become invasive in regions with productive lakes that also have low abundance of bluegills, which eat carp eggs and larvae. In all other lakes, those that are clear and oligotrophic or which have high densities of bluegills, carp are not invasive because their eggs and larvae do not appear to be able to survive the critical developmental period. 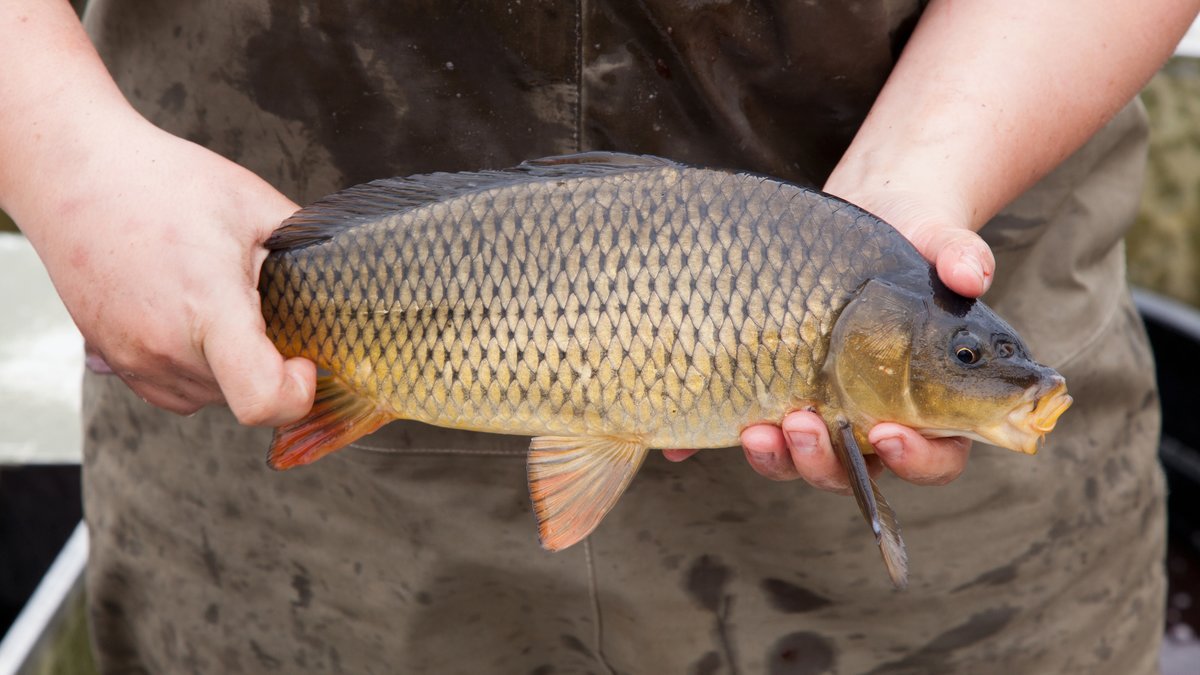 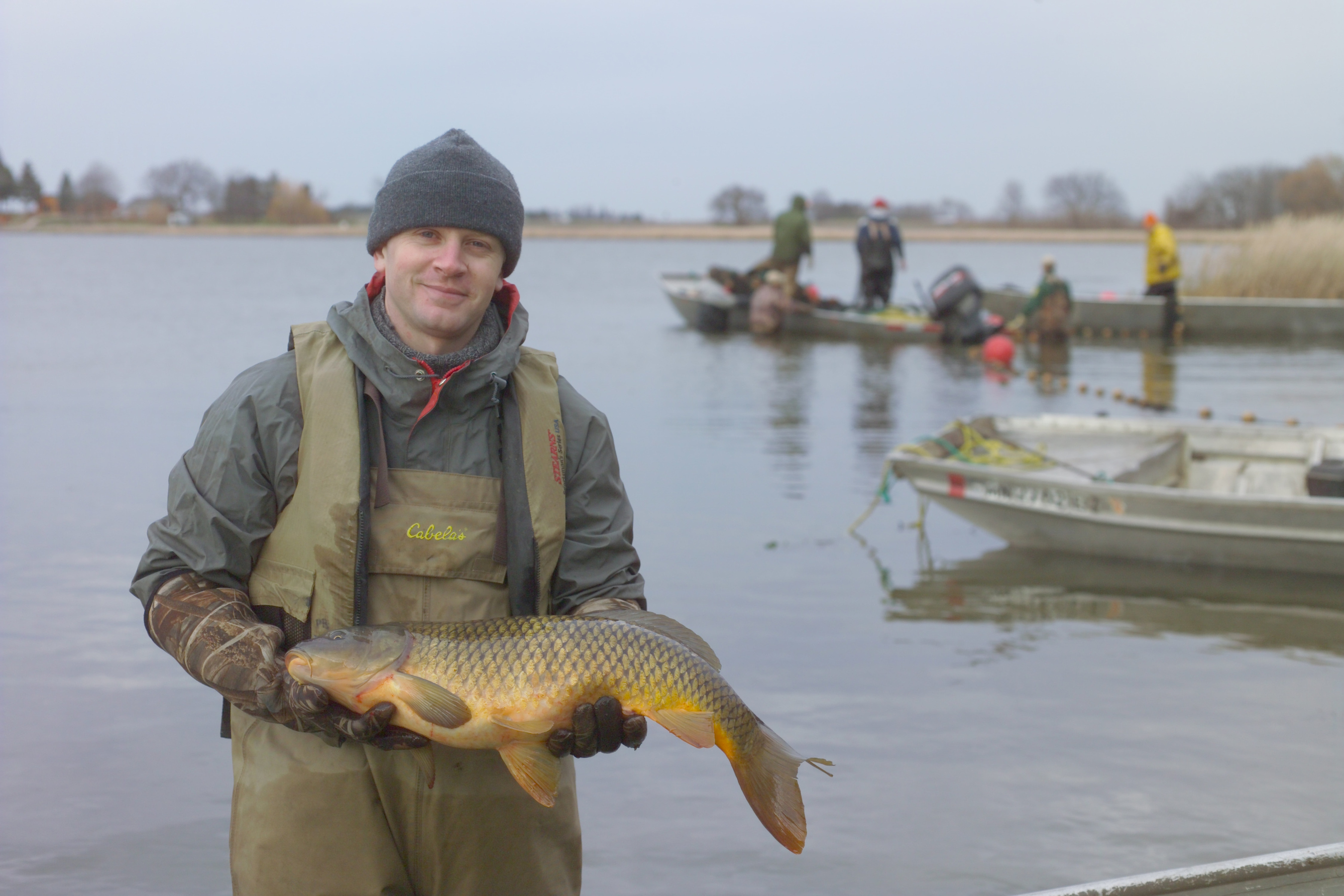 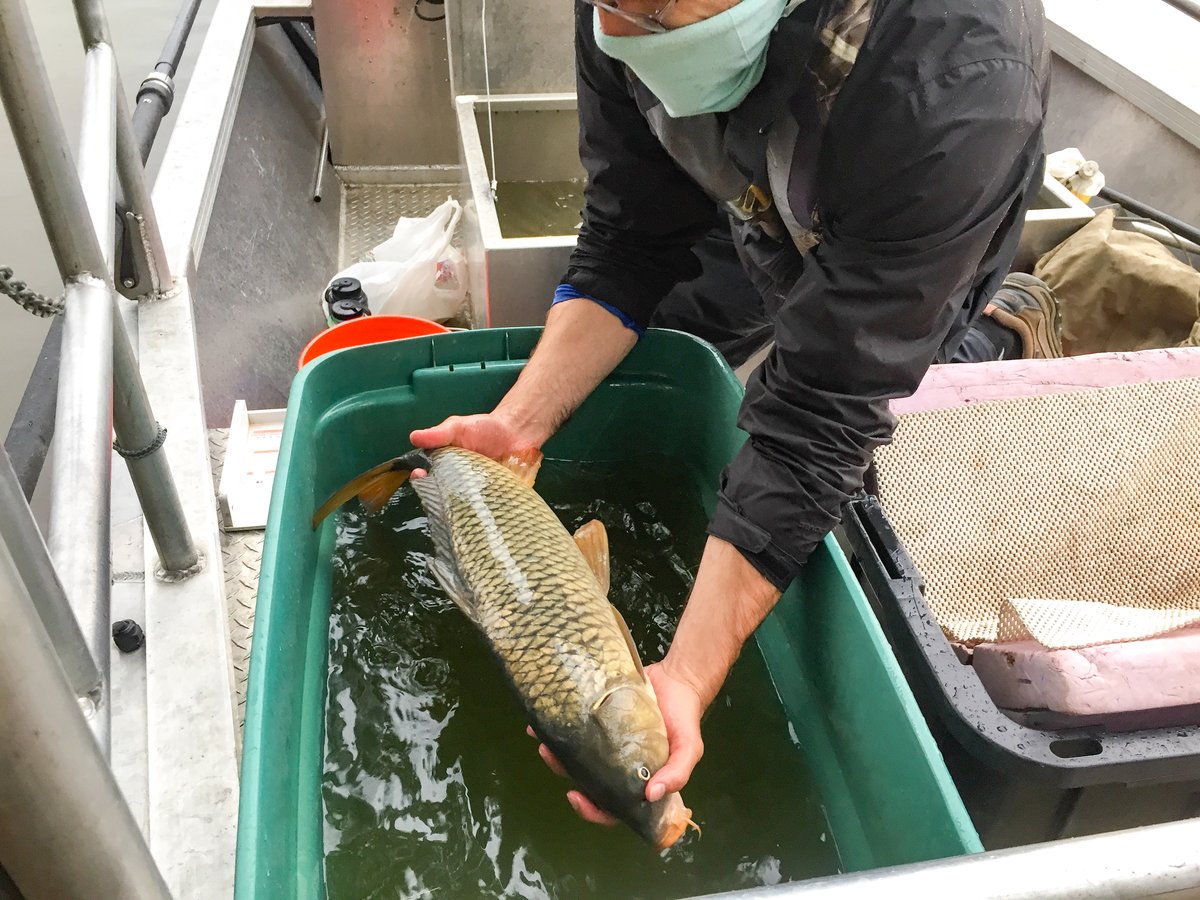