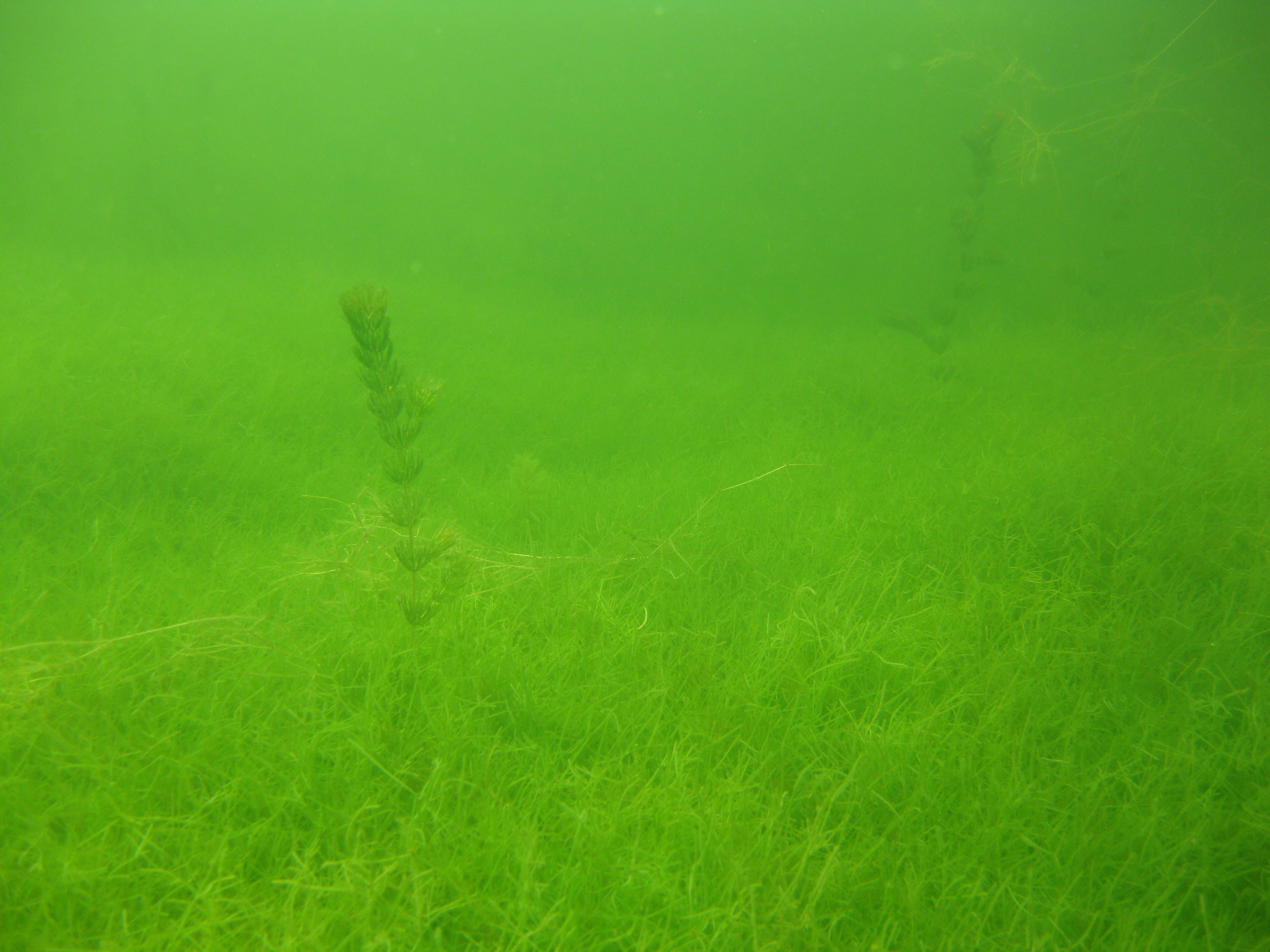 The spread of invasive species is one of the most important forces impacting ecosystems today. The risks of invasive species are likely to be exacerbated under a changing climate as many of the traits that lead to their invasiveness, such as broad environmental tolerances, may also help them succeed under new climate regimes. Developing socio-ecological resilience to invasions requires an understanding of both the processes that underlie the spread and ecological effects of a particular invasive species and of the social factors that determine the potential harms and management approaches that will be acceptable to the people impacted.

Pilot work in Minnesota has shown that starry stonewort populations and growth patterns of can vary between years and between lakes in different locations. These patterns suggest that how starry stonewort invades a lake could be influenced by climatological factors such as ice-out date, growing season length, and average water temperature. If this is the case, then developing effective management strategies for starry stonewort requires a deeper and more specific understanding of how climate change will influence the invasion dynamics of the species.

This project will provide practical information on the ecology of starry stonewort, a summary of current stakeholder preferences around starry stonewort management, as well as an evaluation of optimal management strategies.

Using Nitellopsis obtusa (starry stonewort) as a case study, researchers will study the effects of climate change on invasion dynamics and its implications for management through an integrative approach that combines (1) empirical studies of invasion dynamics across a latitudinal gradient as a proxy for differing climate regimes, (2) interviews of stakeholders’ invasive species management perceptions and preferences, (3) simulation modeling of invasions across different climate and management scenarios. Additionally, the team plans to continue the project beyond this grant and hope to use the model in participatory modeling workshops that will facilitate stakeholders’ usage of model products to evaluate management options.

Nitellopsis obtusa (starry stonewort) is a freshwater alga that is a key emerging invader in the upper Midwest region of the United States and has been identified as a priority species by MAISRC. N. obtusa can grow in incredibly dense mats, displacing native species, reducing local diversity, and creating nuisances for recreational activities. Pilot work in Minnesota has shown that population abundances and phenological patterns of N. obtusa can vary between years and lakes in different locations (Muthukrishnan, unpublished data). These patterns suggest that invasion dynamics of N. obtusa could be influenced by climatological factors (e.g., ice-out date, growing season length, average water temperature) and likely exacerbated by expected climate change. If this is the case, then predictions of habitat suitability or management plans based on current conditions may be unreliable. Consequently, developing effective management strategies for N. obtusa requires a deeper and more specific understanding of how climate change will influence invasion dynamics. Additionally, by explicitly monitoring communities across a climatic gradient researchers will be able to evaluate a variety of mechanisms through which climate factors influence invasion dynamics that will be relevant beyond N. obtusa.

The study is one component of a larger research project that is funded by the Prepared for Environmental Change Grand Challenge initiative administered by the Environmental Resilience Institute at Indiana University.

Because of COVID-19 related restrictions, researchers were unable to conduct the majority of planned ecological field work related to the project over the past six months. While they had planned a full summer field season to capture both year-to-year changes in the extent and abundance of starry stonewort and seasonal growth patterns, they were only able to conduct a limited field season with a single timepoint. This allowed reseachers to conduct SCUBA surveys to measure longitudinal changes in plant community from last year, which is the central and most critical data for the project. They are also still planning to shift the bulk of the planned effort from this summer, to summer 2021 and still complete all project objectives. They have received approval for a no cost extension of funds from Indiana University which should facilitate work provided broader conditions are suitable for field research.

The limited data they collected did show interesting results. Unexpectedly, in many lakes there was less of the invasive plant both in terms of abundance/biomass at individual locations and the extent of coverage. There were also greater abundances of native plants relative to the prior year. They are still working on collecting and analyzing climatological data, but these results seem likely to be driven by year-to-year differences in weather conditions. They also serve as a proof of concept that climatological factors may be likely to influence invasion dynamics.