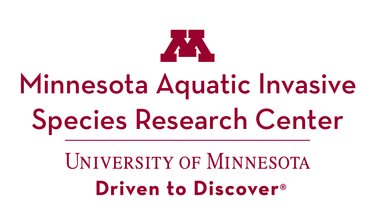 Aquatic invasive species, carp, zebra mussels, milfoil and a host of others seem to be coming to a lake or river near you. Individuals of thee different species of invasive Asian Carp have been found in the Minnesota waters of the Upper Mississippi River which has also had zebra mussels since the 1990s. Minnesota lists hundreds of lakes and rivers as “Infested Waters.” In the face of the invasion, awareness and prevention are the best hope for protecting Minnesota’s waters. A lake free of invasive species is still the norm throughout the state but without the help of every boat owner, angler and tourist we won’t be able to stop the spread. 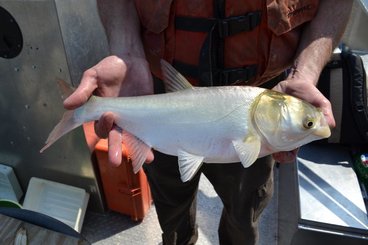 By most measures, Eden Prairie’s Staring Lake is a dead lake – native game fish have been crowded out by an overabundance of common carp.

Now, those fish have become the guinea pigs in a research project aimed at controlling their leaping cousins.

“The big issue with Asian carp is that we don’t know how many there are, or where they are,” explains University of Minnesota fisheries researcher Peter Sorensen.

The common carp typically congregates in the cold weather, providing an excellent opportunityfor Peter Sorensen to conduct his research.

"These fish are smart, fast, and wile," says Sorensen, director of the U of M's Aquatic Invasive Species Research Center.

Sorensen is continuing his research this winter on a handful of metro area lakes. It's research that could be critical if Asian carp make a more regular appearance in Minnesota rivers and lakes.

Methods used to eradicate feral pigs and goats in Hawaii, Australia, the Galapagos Islands and southern United States could be employed in Minnesota to fight the Asian carp invasion.

"It should work," said Peter Sorensen, director of the new Minnesota Aquatic Invasive Species Research Center at the University of Minnesota.

Sorensen said the lessons learned elsewhere using "Judas'' animals to locate and kill unwanted species could be used here to fight Asian carp. They are called "Judas" animals because, as the biblical reference implies, they betray.

This can't be underscored enough -- even when we're talking about hunting, fishing and camping. For the first time in 22 years, the Democratic-Farmer-Labor Party controls the Minnesota Senate and House, and a DFLer, Mark Dayton, is the governor. 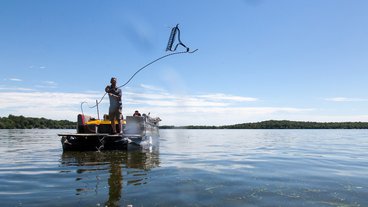 Expectations and issues ahead for hunters and fishers in '13

Minnesota's battle to stop the spread of invasive species such as zebra mussels and Asian carp will be ramped up in 2013 -- and that fight will affect the state's estimated 2.3 million boaters. For the first time, the DNR launched random roadside checks of boaters in 2012. But just nine check stations were conducted involving 140 boaters. (The violation rate: 31 percent.) This year, DNR officials plan to boost the number of roadside checks, and will try some in busier areas they avoided last year. Meanwhile, the new Aquatic Invasive Species Research Center at the University of Minnesota will be up and running in 2013 -- but don't expect any silver bullets soon.

Forecasts for the year ahead, from apps to zebra mussels

Peter Sorensen and his new Aquatic Invasive Species Research Center might be all that stands in the way of Asian carp, zebra mussels and other nasty critters forever changing Minnesota's lakes and rivers -- and the fishing, swimming and boating they provide.

The center at the University of Minnesota is up and running, launched with $3.8 million from the lottery and Legacy Fund. Its ambitious goal: to slow the spread of invasive species and eradicate them from state waters.

Minn.'s invasive-species research center at U now open for business

The new world-class, invasive-species research center at the University of Minnesota doesn't look like much yet.

Construction hasn't started on the fisheries laboratory, and researchers haven't been hired.

Still, state legislators, officials and well-wishers crowded into the stark facility Tuesday in St. Paul to officially launch the center -- which has a lofty goal to slow the spread of aquatic invasive species, reduce their abundance and ultimately eradicate them from Minnesota waters.

"I just thought the people of the state would want to know we've started -- we're here," Director Peter Sorensen said while bighead carp

The University of Minnesota lab charged with finding ways to fight invasive carp and other invasive species is about to get a makeover.

The Minnesota Aquatic Invasive Species center needs better plumbing, a new well, and controls to ensure no organisms can escape. Lottery money and funds from the Legacy amendment will be used to ready the lab for an expanded role in fighting invasive carp and other invasive species. 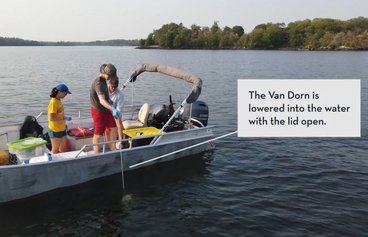 A Van What? eDNA sampling on Lake Vermillion

Environmental DNA, or ‘eDNA’ for short, is the DNA that organisms shed into their habitats. DNA can come from skin cells, mucous, urine, and more. Collecting water samples is one way to quickly and easily capture eDNA. Watch the video to learn about the 'Van Dorn Sampler'—a special piece of equipment that helps our researchers are currently using to study eDNA distribution at various water depths and locations in a lake.